In these figurative works, bodies appear either to transcend planar space or to become trapped there.  At times, the figures are frozen or immobilized in layered compositions.  At other times, they move.  Some spiral and embrace each other. Some seem to be falling.  Often, we only see fragments of the figures as they overlap, collide, or combine in new, tangled anatomies.  In a few images, an individual figure or group of figures is fractured, as the fragments float in planes across boldly colored backgrounds.  The Janus images capture the progression of two identical figures fusing, or crossing over each other.

Developed first as drawings from a live model, these images are constructed by importing the original figure drawings into Adobe Photoshop, and then selectively replicating and layering all or portions of them.  The interaction of the separate bodies and parts of bodies and the development of new forms imparts varied psychological meanings.  Often, we see the same figure multiplied several times, as the original drawing becomes a building block for the whole composition.  While these works are based on the centuries-old tradition of academic figure drawing, they represent the figure through a fresh new approach using current digital technology. 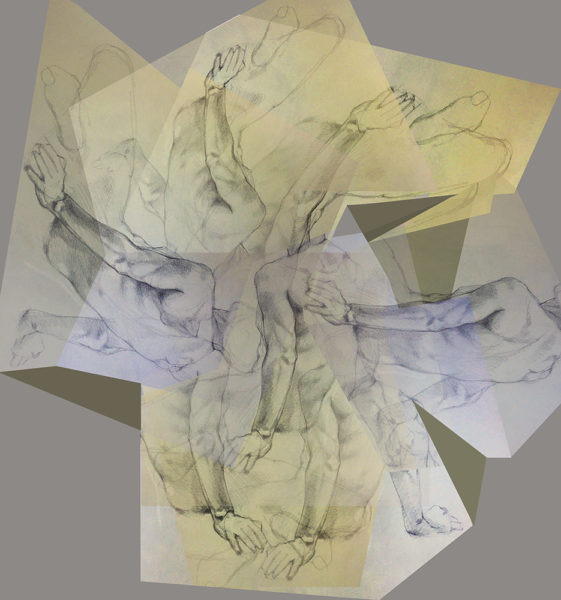 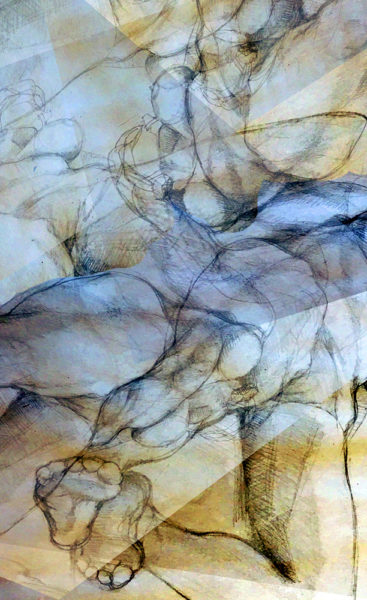 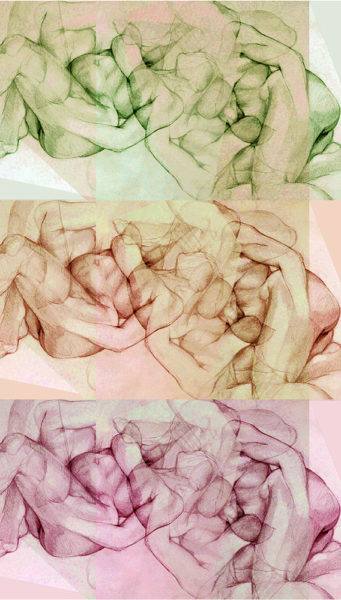 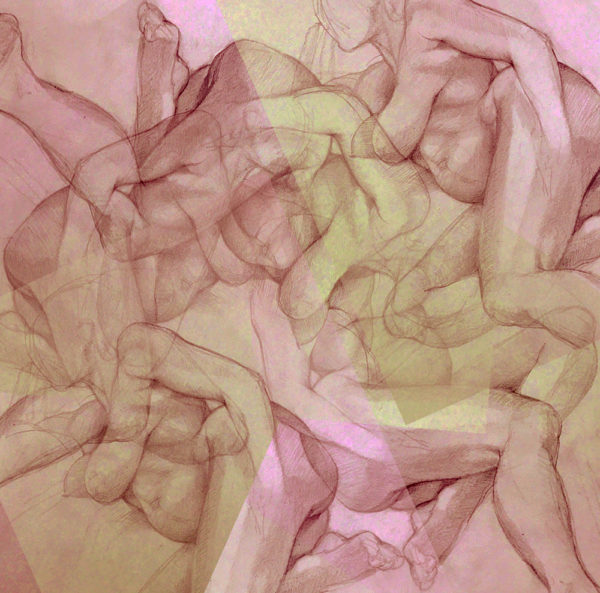 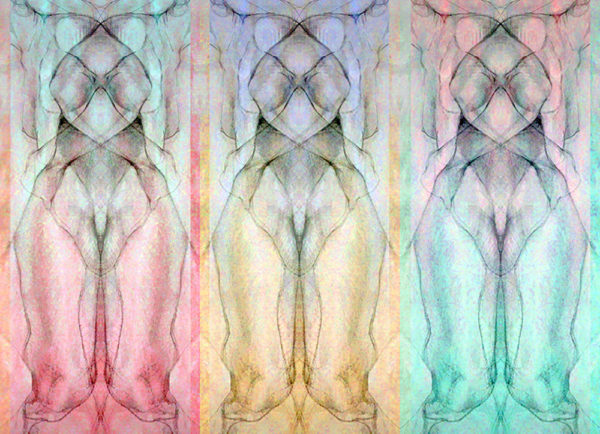 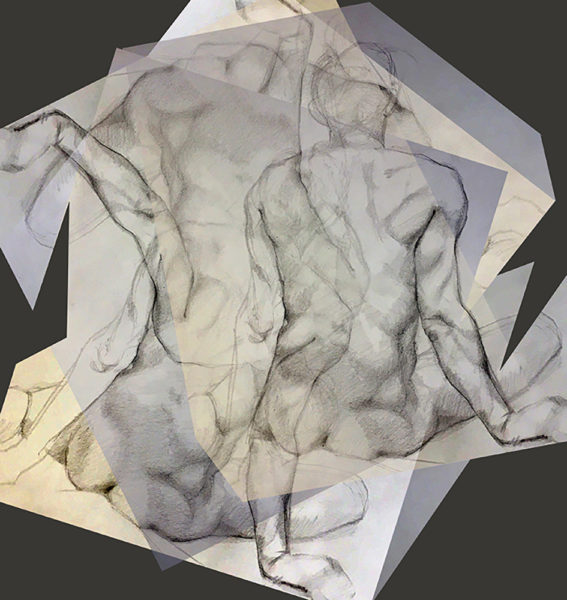 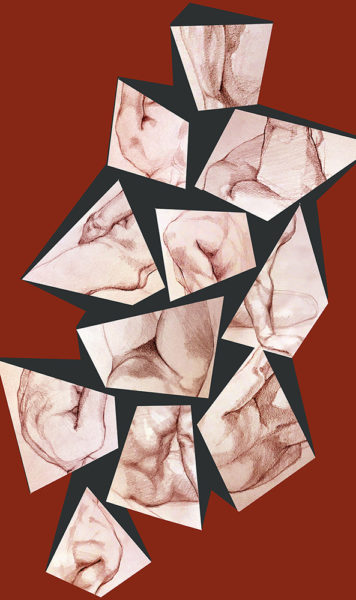 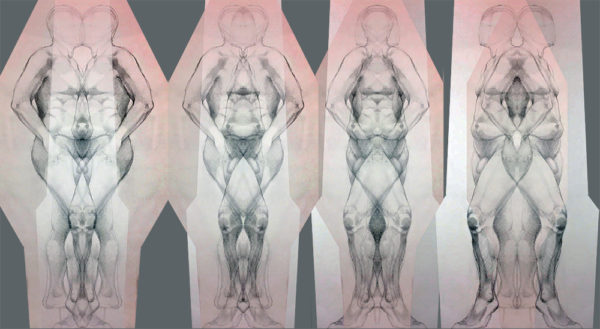