Based on photographs of drawings from a live model, these “Wheels and Fans” are constructed from multiple, overlapping figures.  Despite close proximity, the figures do not appear to communicate with one another.  They either have their backs to each other or, when confronting one another, appear to fuse.  Often overlapped at the head or feet, the figures seem partly joined and yet, at the same time, isolated.  Repeating the same figure in cyclical compositions, these images speak to issues of conformity and endless routine.  In part a tribute to Trova, “Wheels and Fans” present the often faceless “people” who comprise them as alienated and disconnected from themselves and others.

Whether they seem about to rotate or simply expand and contract, “Wheels and Fans” imply movement and yet question notions of forward motion or psychological growth in the digital age.  Immersed in visual data and digitally generated, the figures within these larger lotus-like or pinwheel forms never seem to emerge as individuals.  There is also an unsettling ambiguity about the disarticulation of their selected parts — are the figures being torn apart or held together as they spin around a common center?  Although “Wheels and Fans” recall early stop-motion photography in the staccato succession of figures housed in geometric frames, these images are undeniably contemporary as products of digital algorithms we can neither see, hear, nor touch.  These works imply the freneticism of the digital age and yet they can, counterintuitively, be mesmerizing and peaceful like mandalas that serve as aids to contemplate our condition in the current time. 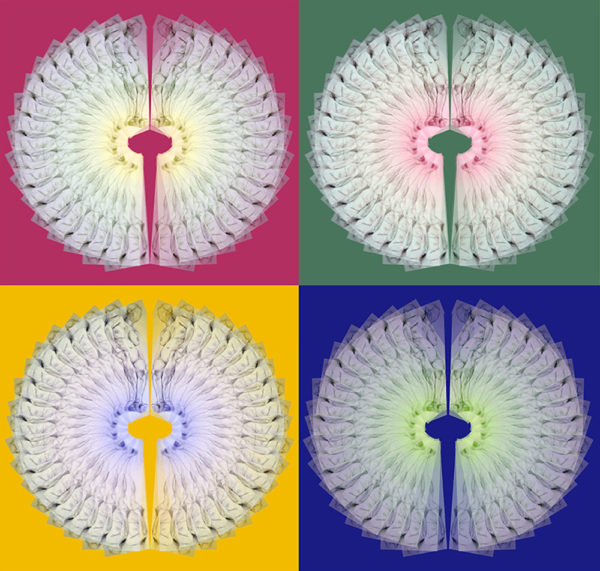 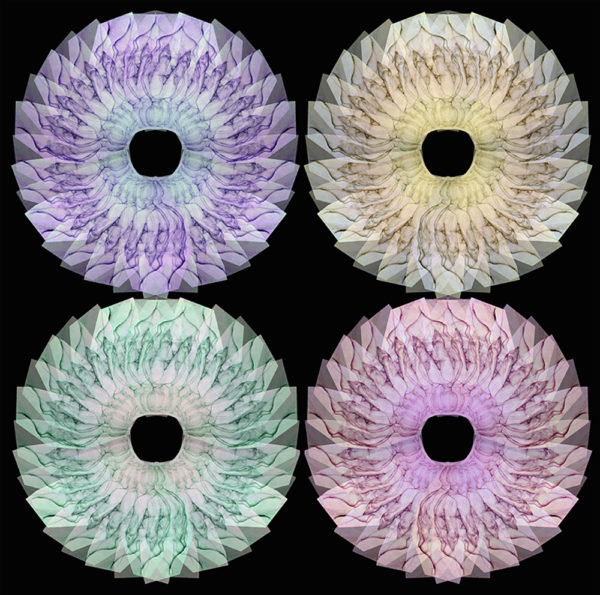 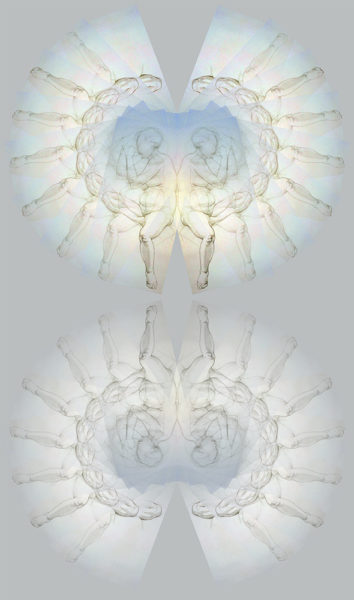 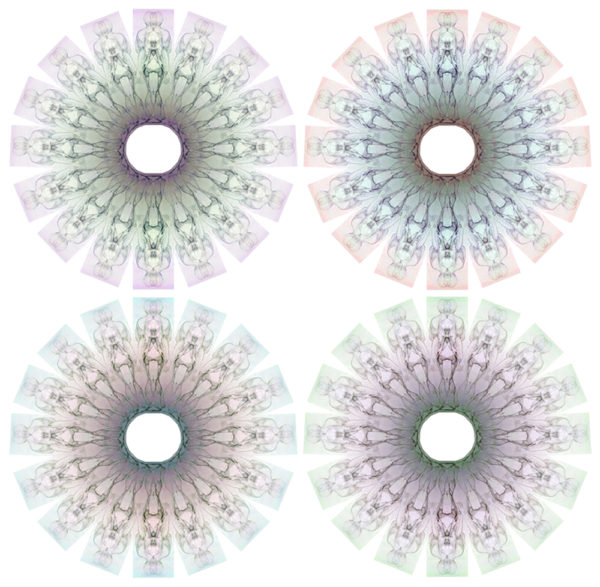 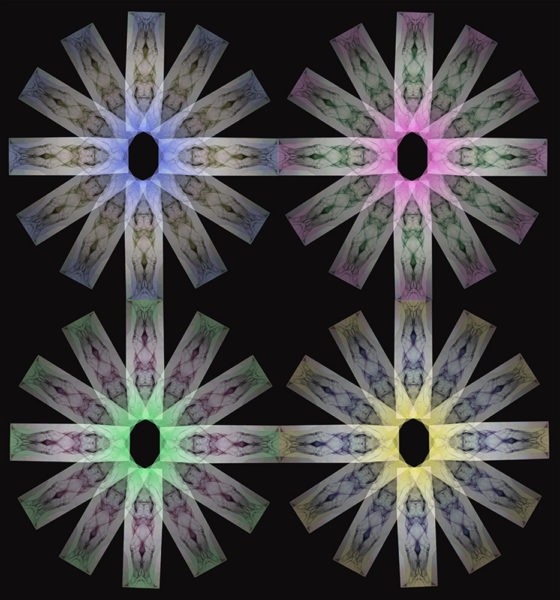 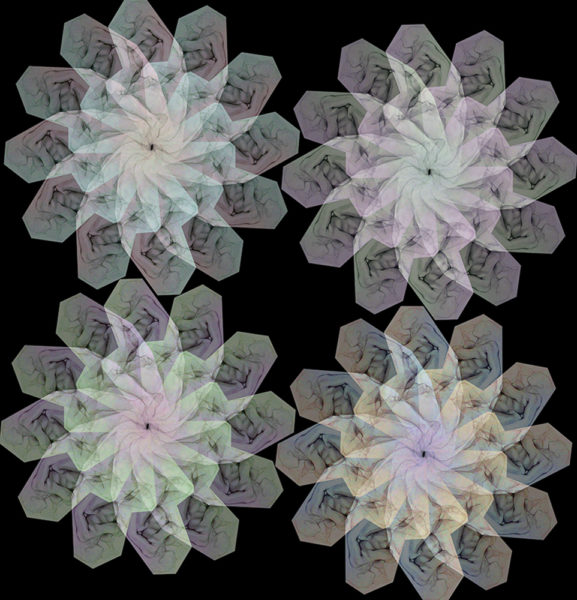 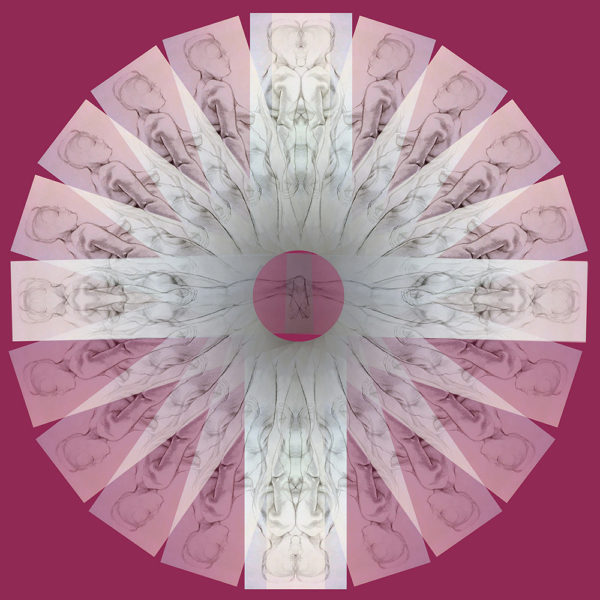 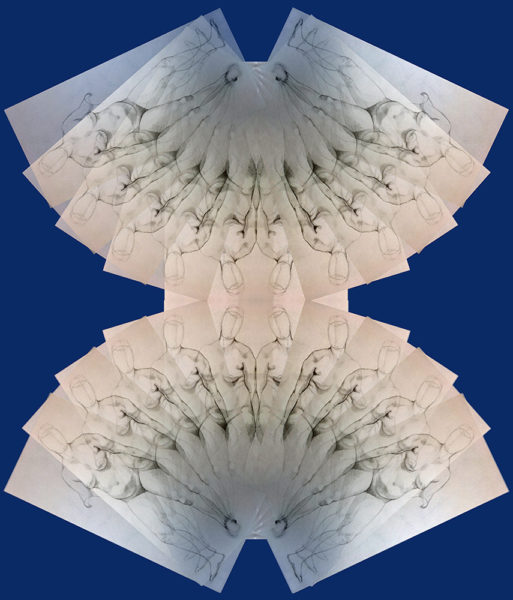 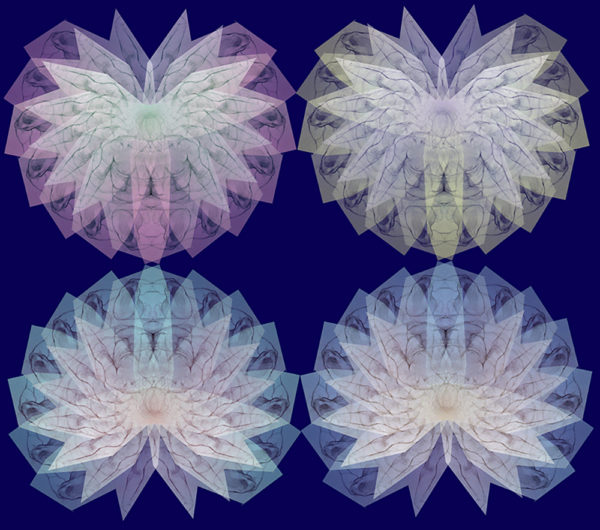 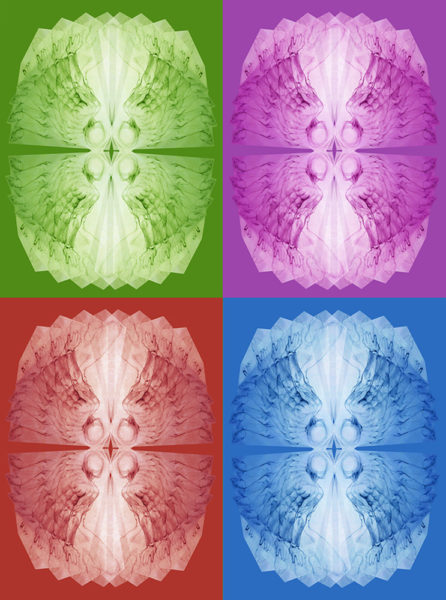